The Pacific Northwest is one of America’s greatest natural corridors. You will find plenty of scenery for you to explore. When you think you have seen it all, you are blown away yet again. The special place I am about to talk about is no exception. Without further ado, I give you 10 Inspirational Crater Lake National Park Images and Facts. You are sure to want to load up the car and head there right away.

1. Crater Lake is the Deepest Lake in the US 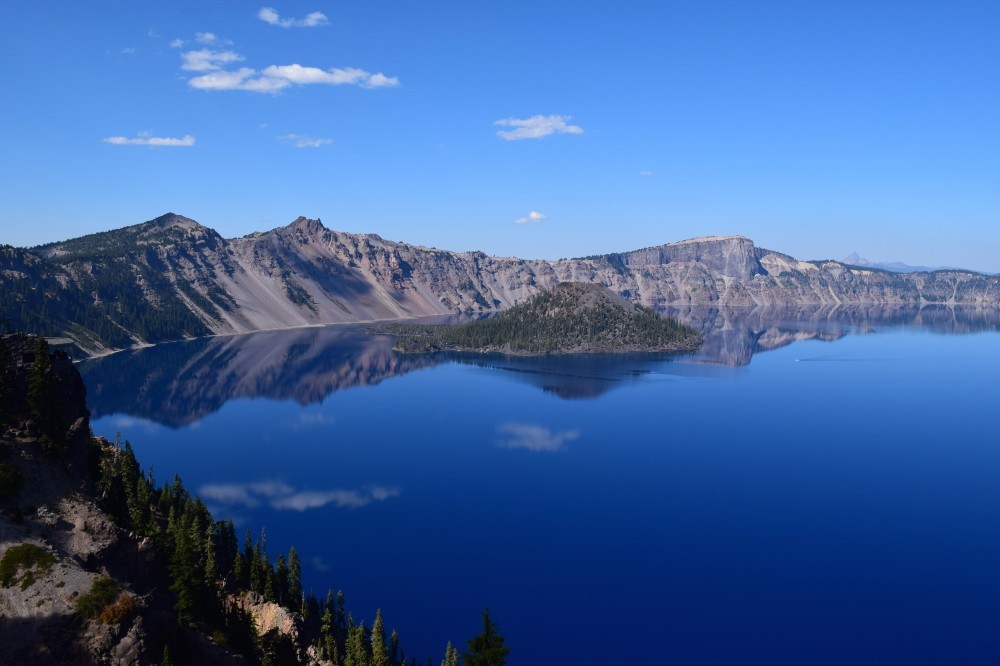 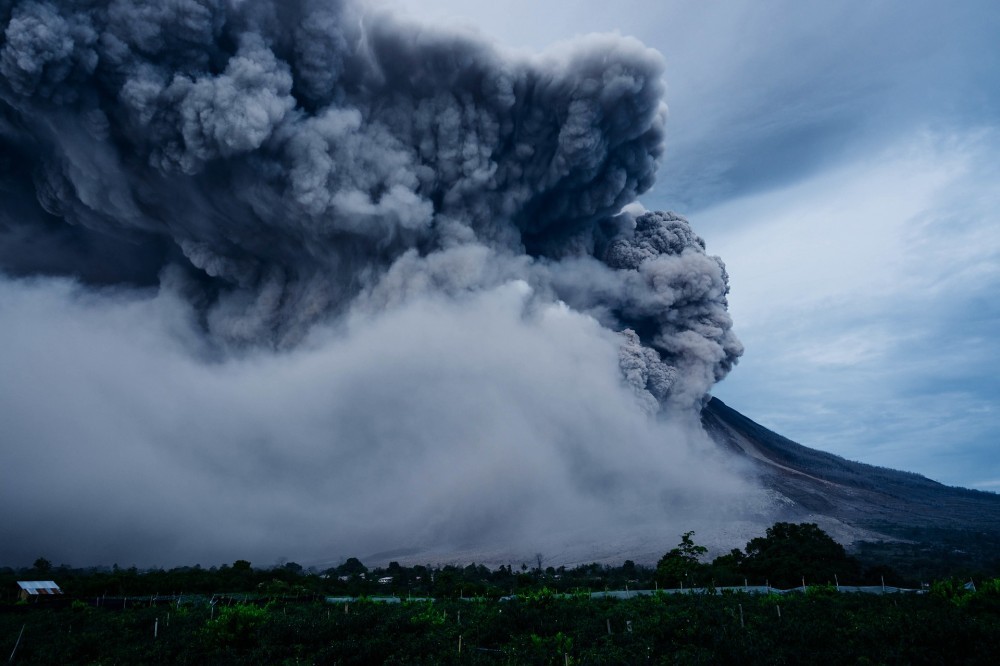 Forming half a million years ago, Mount Mazama erupted about 7,700 years ago and collapsed in on itself to create the caldera you see today. The caldera eventually filled with water to create the lake you see here today.

Much of the geology you see in the surrounding area formed from the Volcanic eruption. It is estimated it took around 720 years to form Crater Lake to its present level.

3. Keep a Lookout for the Old Man of the Lake 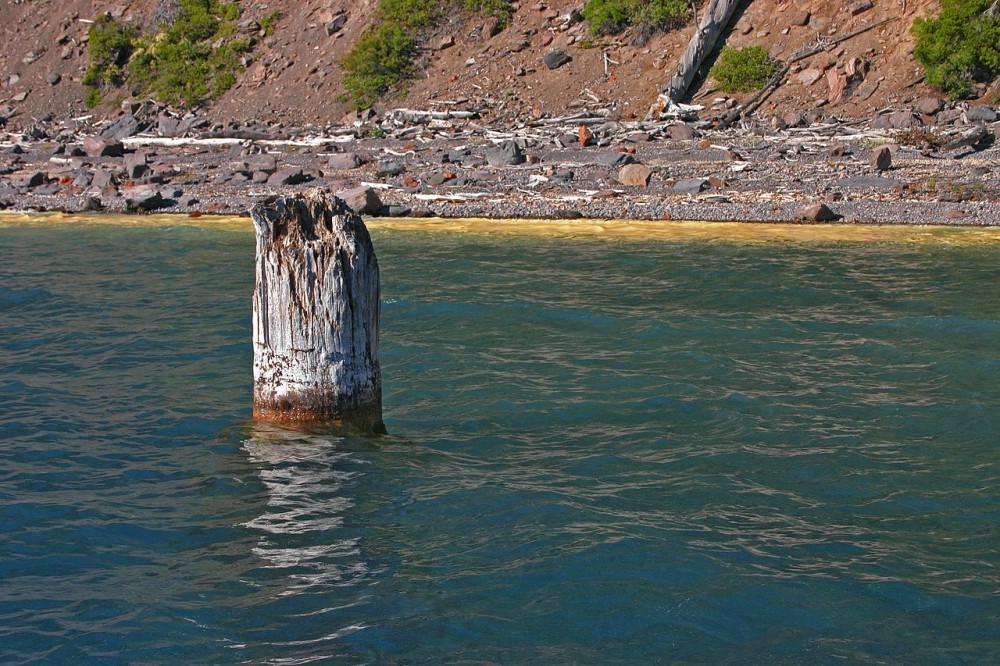 A full size tree stump floats around the lake, bobbing up and down since its first appearance in 1902. Scientists cannot form a consensus on the explanation for its appearance. One explanation is the unique climate of the area slows down the rate of decomposition. It is an ancient hemlock tree.

The tree is playing a never ending game of Marco Polo, but you know it will never find its friends… (I know it’s a bad joke :)).

4. No Streams Flow into or Out of the Caldera 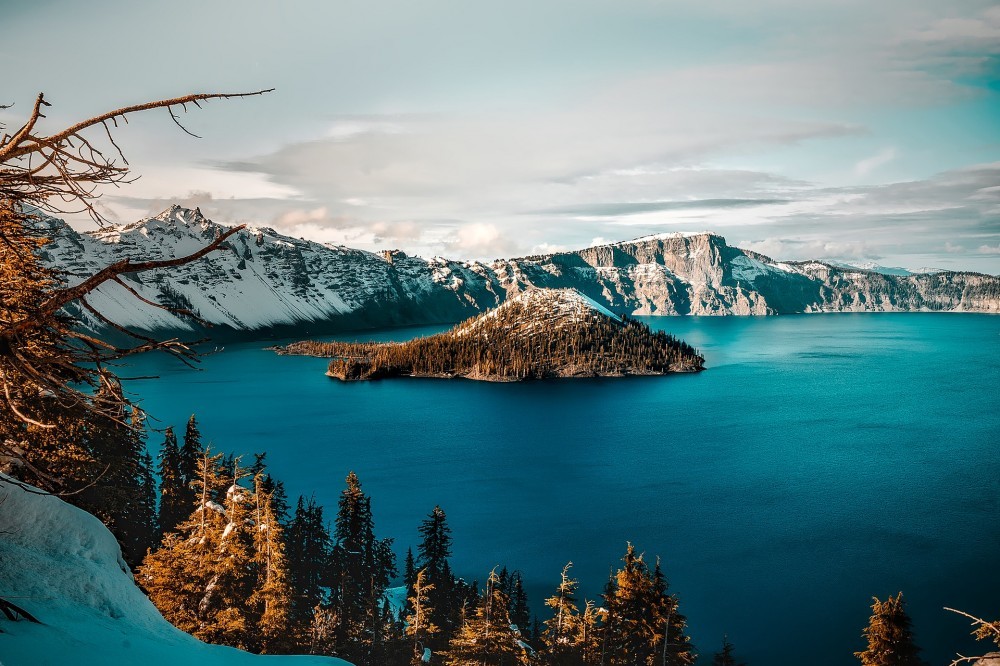 This still blows my mind. For a body of water as large as Crater Lake, you would expect there to be some flow. Not so says Crater Lake. All the water for the lake comes from rainfall and snow melt, supplying the lake 8 months out of the year and keeping the color a pristine deep blue.

Because there is no in and out flow, the lake is subject to abrupt changes. If there is a sequence of extremely dry years, then the lake level drops. Most of the time though, that does not happen.

It has the purest waters in North America.

5. Wizard Island is the Top of a Cinder Cone Volcano 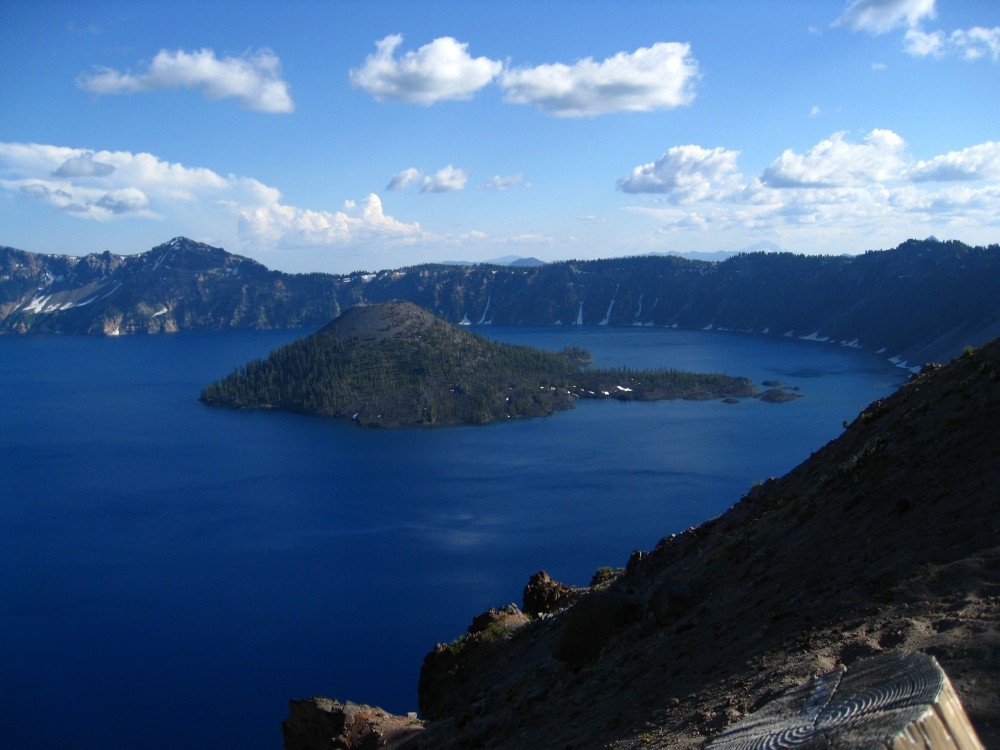 Trees on the island are up to 800 years old. You can get to the island by boat tour. If you want to go fishing, you can go just right off of the island. There’s also no limit on the catch since the fish, Rainbow Trout and Kokanee Salmon, are both not native. Nothing beats crystal clear freshwater fish. It sounds delicious doesn’t it?

The island is named Wizard Island because of its resemblance to a sorcerer’s hat. Watch out for Gandalf and Saruman duking it out on the island over the fate of Middle Earth.

6. Watch Out for the Pirates on the Phantom Ship 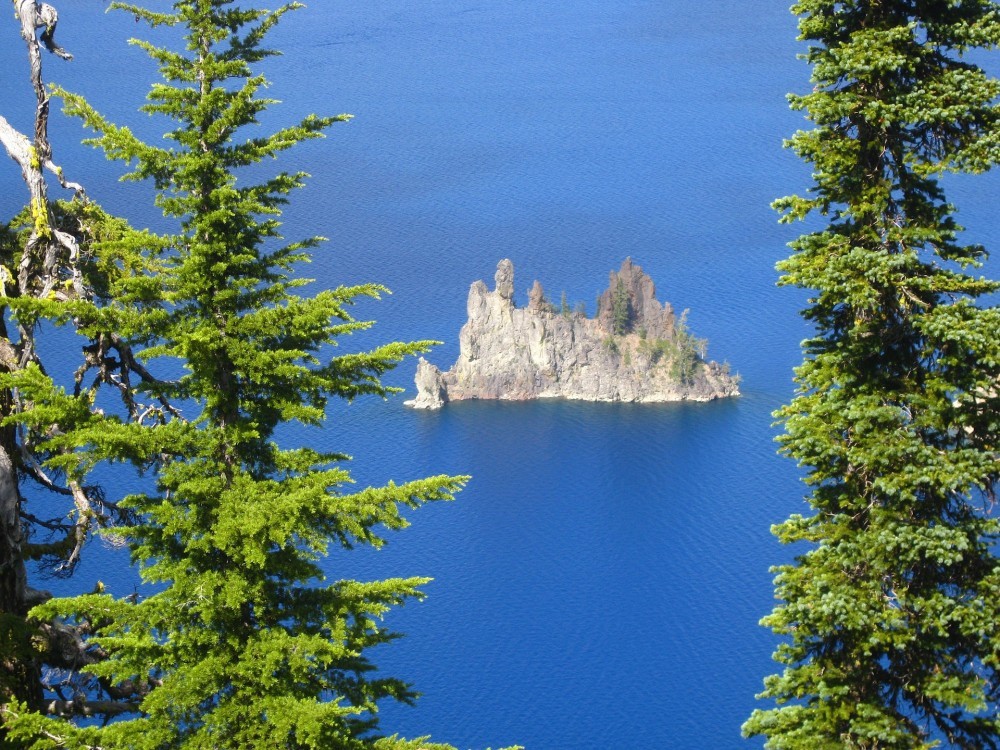 Standing at up to 170 ft (52 m) above the water, the towers of the Phantom Ship are the remaining section of a fissure formed from lava. Woah! That’s cool. 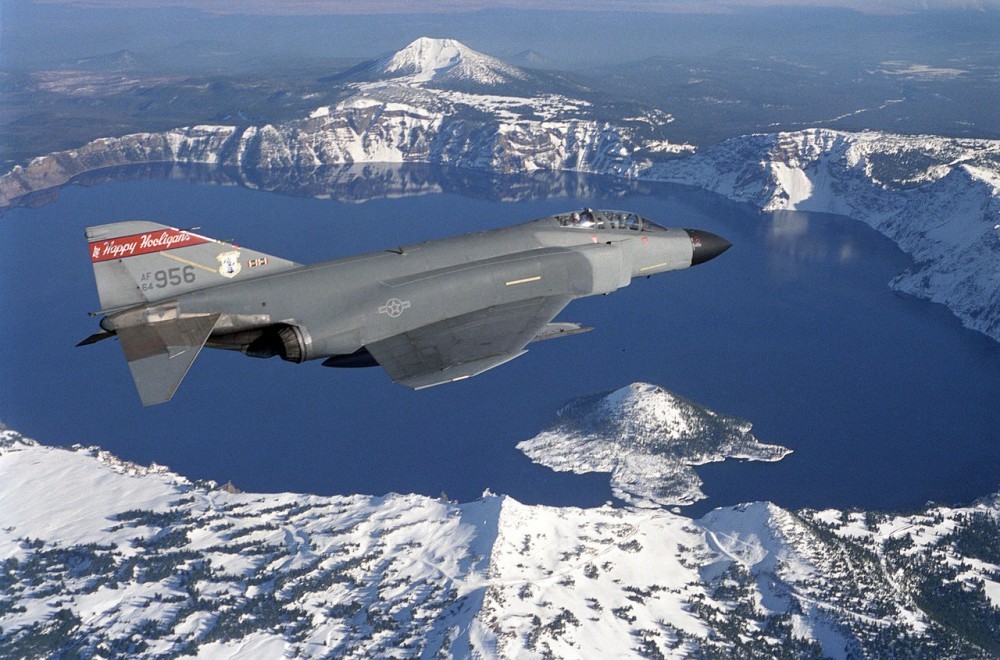 From the phantom flyer to the vanishing photographer to the skeleton crew, spooky stories shroud the history of this world renowned national park.

In the months after WWII ended, a pilot crash landed in the park. In 1970, a ranger went looking for his remains, finding a skull and alerting others to the site. When it comes to the second story of the vanishing photographer, a teen went on an extended vacation to the park and ended up lost. Finally, the skeleton crew story tells the harrowing tale of another downed plane in the park. You can read their stories by clicking on the link below.

No matter what happens, remember to stay safe and stay on the trail.

8. The Klamath People Revered this Place 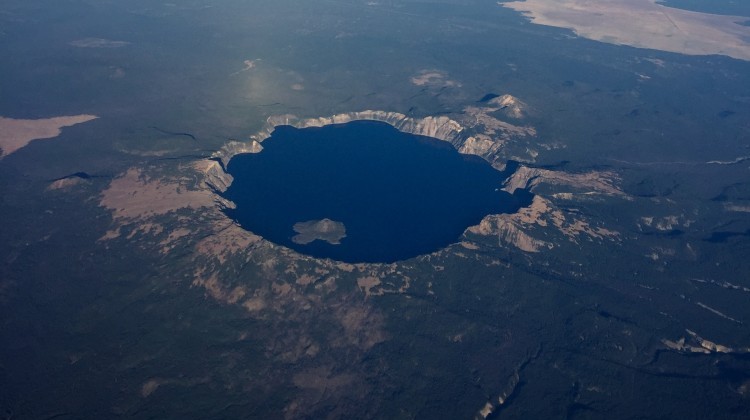 Long before white settlers came to the area, the Klamath people called Crater Lake their home. Time and time again, they used the area for vision quests and spiritual journeys. According to their oral tradition, the Klamath people witnessed the explosion of Mount Mazama 7,000 years ago. The sky god Skell and the god of the underworld Llao fought a mighty battle here on Earth and destroyed Mount Mazama in the process.

Before Europeans arrived, the Klamath people would conduct vision quests and rights of passage in which they would perform dangerous tasks like scaling a mountain or rock climbing here. 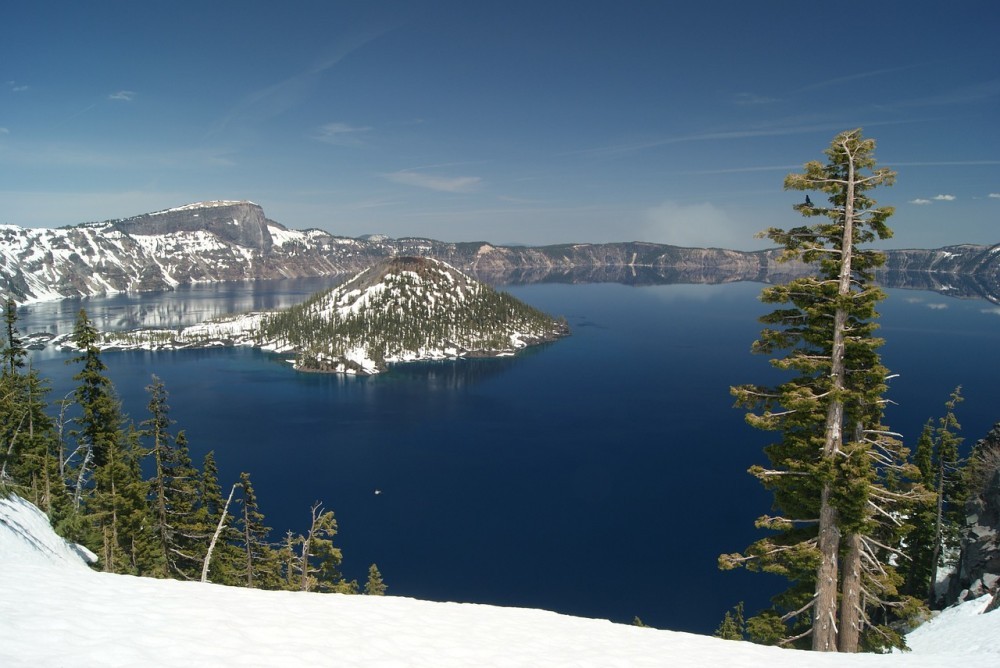 William Gladstone Steel heard of this place when he was only a child in 1870 and promised himself he would visit it one day. His dream came to fruition when he came face to face with this park in 1885. He was so stunned he vowed to protect it, helping to protect the place as a national park in 1902.

Never stop listening to your inner child. Follow your heart and you will live your dreams. Don’t let anyone tell you otherwise.

10. There is a Pumice Desert Here 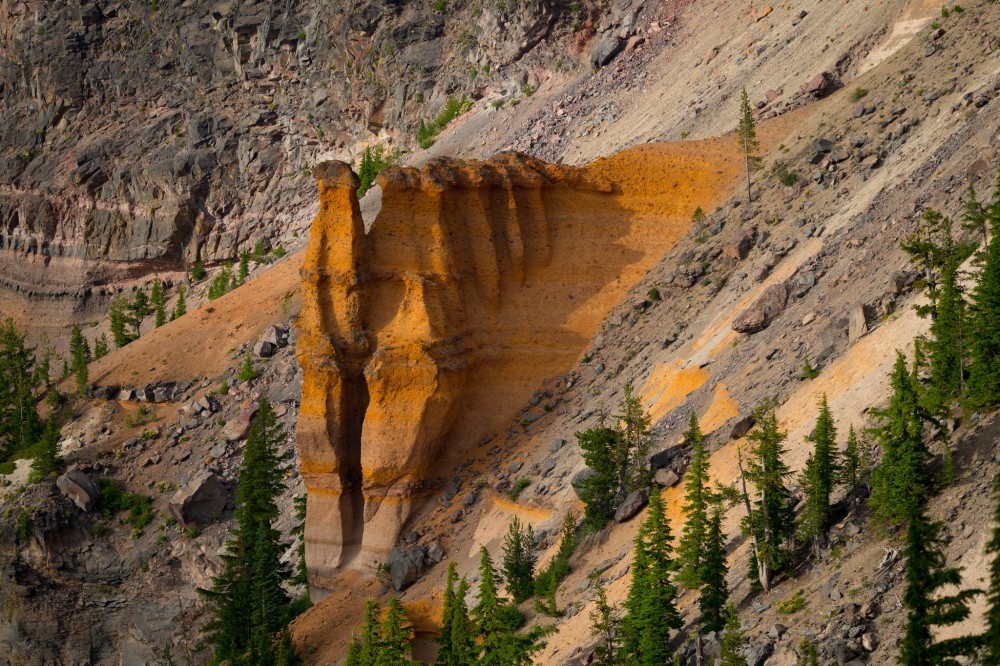 Believe it or not, but Oregon is not 100% green. I know right? In fact, some plants cannot even grow here. When the volcano erupted 7,000 years ago, mountains of ash exploded all over the countryside and blanketed everything. Some spots got more than others. Pumice Desert was one of those areas. Today it now has over 50 feet of ash. Because of its poisonous qualities, the pumice desert prevents all plant live except for the hardiest to live there now.

You can see the power of Mount Mazama to this day.

Are You Looking to Go Hiking?

You should be all set to go. If you are anything like me after writing this piece, then you undoubtedly want to head to Crater Lake after reading this article. It should inspire you to get out more.

If you are going to hit the trail anytime soon (and you are bound to do so in this park), then you are going to need some boots. One of my previous articles, The Best Men’s Lightweight Waterproof Hiking Boots of 2019, are sure to help you out. (Two points: these types of articles are updated on an annual basis and they feature women’s equivalents :)). If you want the best of the best, this article has it. Check it out.

If you have any thoughts, questions, or think I missed anything, do not hesitate to comment below and please share the article. Thank you so much and I hope you make it a great day! 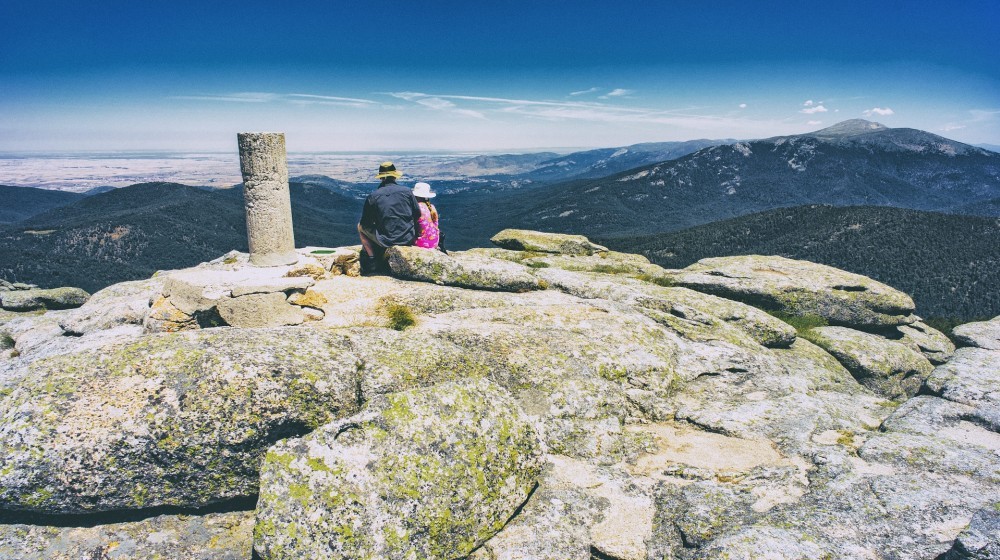